Our Day at London Zoo

Here is all about our day at London Zoo, Warning there may be quite a few photographs!

Yesterday we had a wonderful family day out at London Zoo. My Partner Chris had taken a day off work and we were all set. We packed lunch and headed onto the train. One good thing about living slightly out of london is that as we travel by train we get to use the Buy one Get one free with a rail ticket. That made the day out a lot cheaper and if you didn't know about this offer, then you can always pick up a leaflet in any train station that has all the coupons to fill in for days out.

The train journey took about a hour with one change so wasn't to bad. Lily behaved quite well on the train and happily played with Chris's hat. 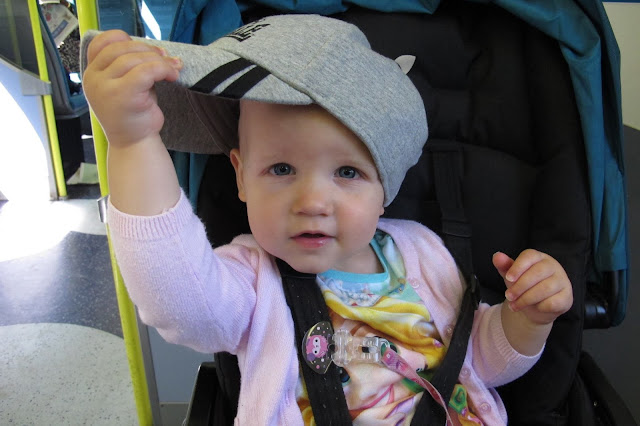 We arrived and expected a huge Que. But we got to the ticket desk straight away. I think this definetly helped that we went on a weekday. It was great also because it wasn't packed with people and so we could actually see the animals without having to wait until people moved.

We first got to see Lily's favourite animal in action. Owls! There was a show on and they were flying about. Unfortunately Lily was asleep through this, but we woke her at the end of the show as she had had long enough sleep and the zoo keepers were letting people see the owl close up. I think she was terribly confused when she woke up to see a owl but never the less was happy to see it.

Lily has a real love for all birds actually and out of all the animals there took interest in these the most. She calls them Birrrr as she can't say it with a D yet. 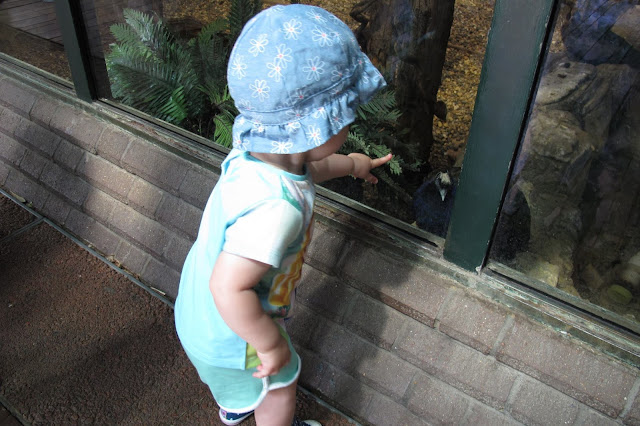 There are some amazing animals at London zoo. Me and Chris particularly liked the Gorilla and Tiger but Lily wasn't to interested in those. Its funny which animals she really took a liking to and which she didn't want to look at. 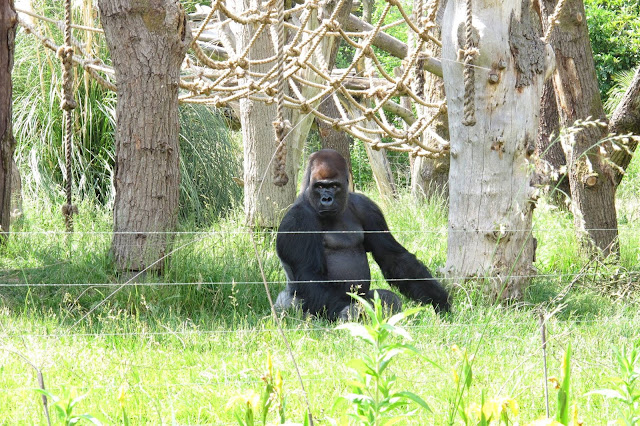 I must say though that the zoo is very hard to look around with a 18 month year old toddler who has just found her feet. She didn't want to keep still and not often would she stop and look at the animals for long.

We did find a petting zoo though and this is something that Lily really enjoyed. The goats were roaming free and eating hay from a troff. Lily really kept trying to feed them and was holding out hay but they wouldn't take it from her. It was really nice seeing her get really stuck in and enjoy it though. 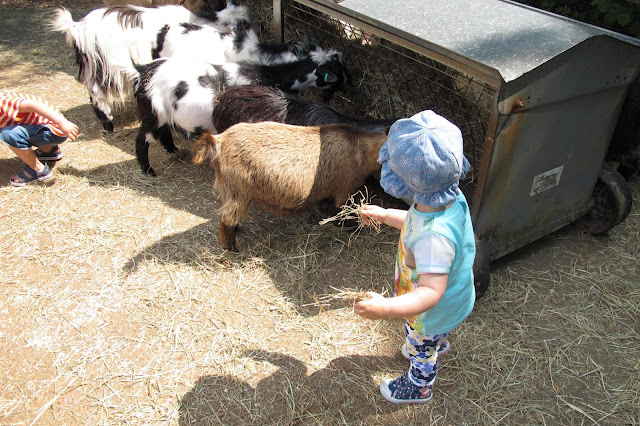 When we got to the Lions Lily really wasn't to interested in them but then they were really far back in the enclosure in the shade. I wasn't to sure if she could actually see them. Chris picked her up onto his shoulders so she could see better though. 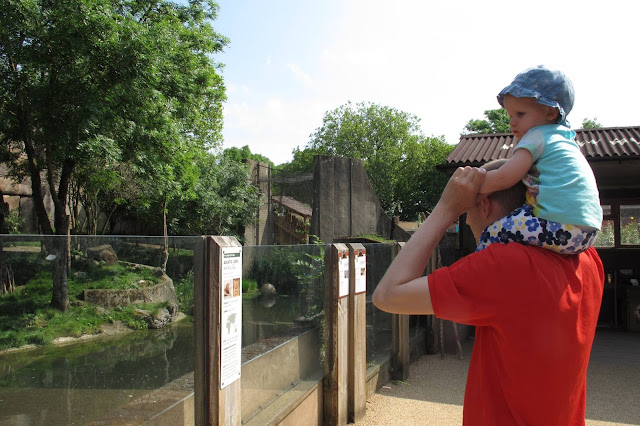 She was actually more interested in the big box she found which was a lion transit box. It was quite funny. I asked her to get in, and she thought about it... and then she did. 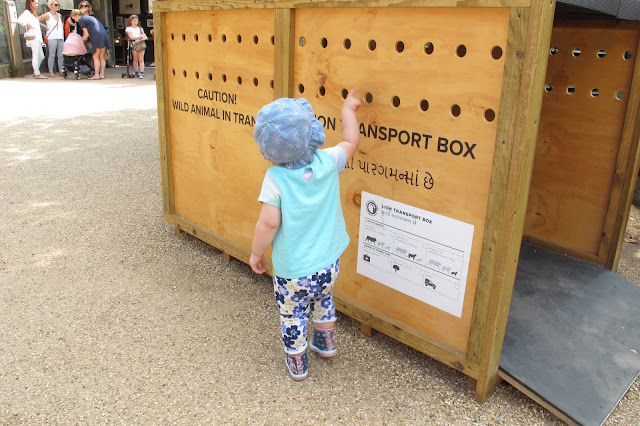 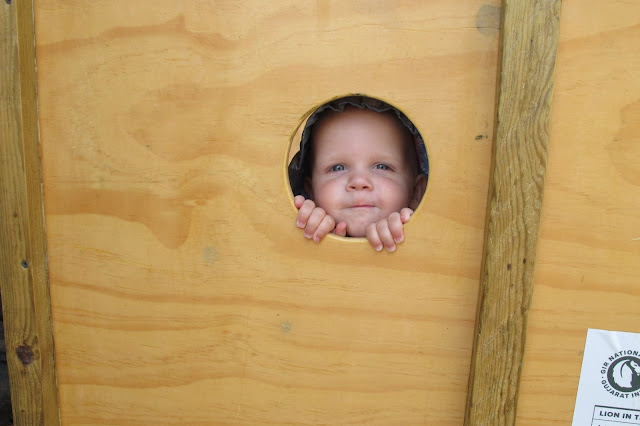 We really enjoyed the little monkey enclosure that you could walk around where the monkeys were roaming free. They were cute cheeky little things and I had to stop Lily from trying to touch them. Apparently we had to keep our eye on our baby bag we were carrying around as they loved to route around in them. 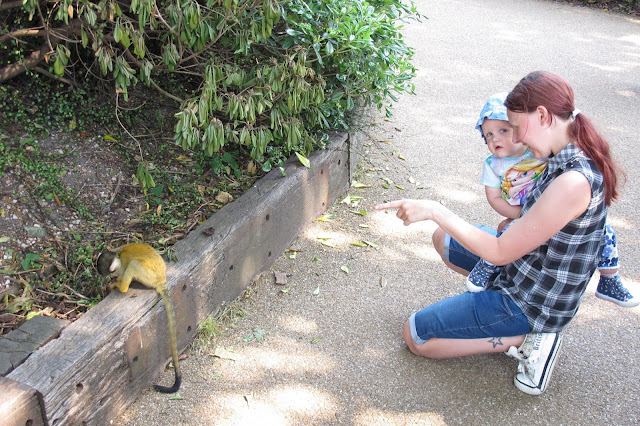 Another one of our favourites for the day was the penguins. Lily really enjoyed these and they really liked her to. They kept swimming up to her and past her really fast. One kept popping out of the water to see chris to. I think Lily liked them because she could see them so close up and they moved around fast. 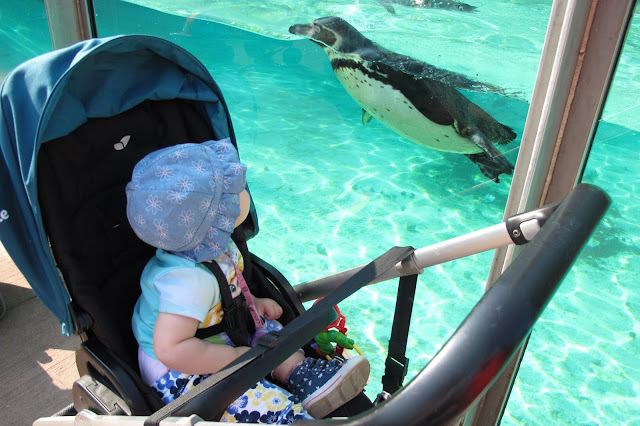 For me one of my highlights was getting to see the giraffes. They are my favourite animal and I've always gotten so excited to see them. I think they are amazing, beautiful majestic creatures. Lily was actually more interested in seeing the statue ones than the real ones though. I think by this point she had seen one animal and so to her she had seen them all. 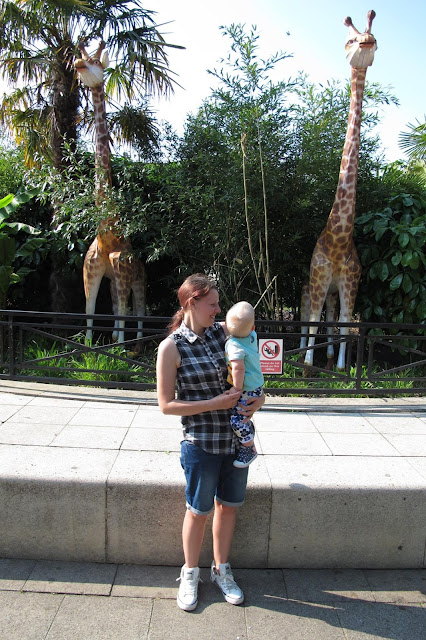 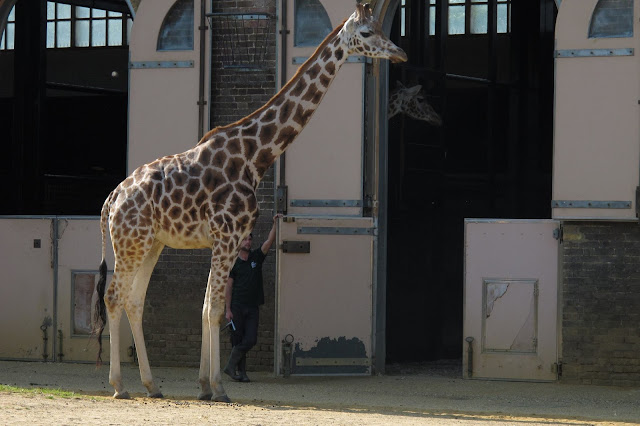 Overall it was such a great day out! We didn't actually get to see everything because there was so much to see! Next time we definetly need a full day for it. I also think Lily will enjoy it a little more when she is older. She will hopefully be able to see the animals more and know a little more about what they are. We ended the day at the gift shop and got Lily a owl teddy which she now loves.

We can't wait for out next family outing like this.

Posted by LilysLittleLearners at 18:48