No Ball Games, No Skating, No Fun!


I live in a 2 bedroom third floor flat just outside of London. Its located on a private estate which has another 8 blocks of flats on it. Its not my ideal home, we have 3 cats who are all sharing the living room and then there is no garden for lily to go and play outside when the weather is nice.

We didn't plan to live here, it was a last minute "its better than being homeless" decision. I was living in a 2 bedroom flat which had a little patio area and a back garden which was shared but no one used it really. So why did we move? Well when I was about 12 weeks pregnant my landlord decided he was selling the block of flats and that I had 2 months to find somewhere new to live. Not ideal! Not only was I happy in the flat I was living in, I was now pregnant and had to try and find somewhere to live.
I didn't realise how impossible it was to find somewhere to live at short notice. No one wanted to take us, firstly I had 3 cats and was about to have a baby and apparently not many landlords like cats or children and we got turned down for a few places. Then I was also not working due to leaving my part time job in a bar. I couldn't hack the late nights until 3am with morning sickness (or all day sickness as I called it)

Before we knew it we had 2 weeks left to find somewhere and so we couldn't be fussy and we found this flat. It was way above what we wanted to be spending on rent, and wasn't ideal with the fact I couldn't let my cats out and it had no garden. But it was a roof over our heads.

The estate is quite nice though with the fact that it has loads of patches of shared garden space. But the rules are really strict and in the manual it says that the area isn't for playing on. Silly really. The grassy area just sits there empty and only thing that gets used is the benches that surround it. It also has signs up saying No Ball Games, No Skating. I'm very tempted to get out a marker and add "No fun" to the end of it. 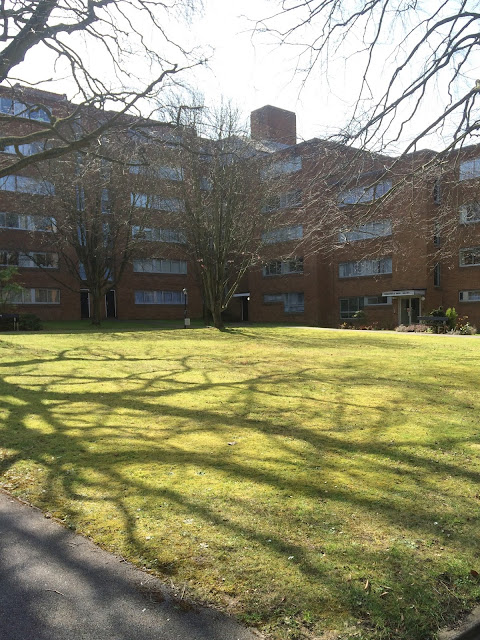 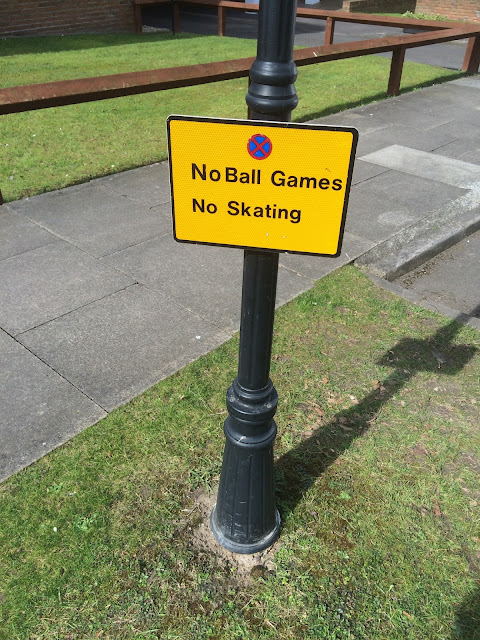 The other day the sun came out and I had a hour or so before Lily's lunch and nap time. So I decided to ignore the rules and we headed out to the grass. Lily Loved having a good run around with her ball. What harm were we doing? None! We got a funny look by a older gentleman walking around. Who was probably on the managing committee and knew we were breaking the rules. But we ignored the stares we were getting from him. 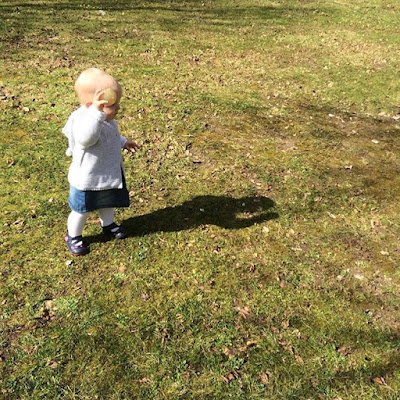 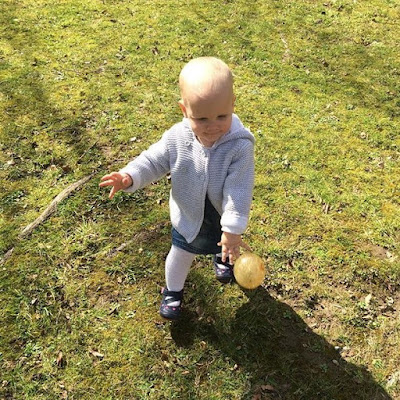 I think its terrible that there are so many restrictions in so many places now. So many children end up in flats now because parents are struggling to afford houses and so a lot of children end up indoors and on computers and watching tv instead of playing out. I know for a fact this estate has tons of children in the buildings. We could go to the park yes, But the parks are usually so small and full seen as all the parents are forced to take there children there. Not to mention all the bigger kids all running around and not letting Lily play.

We are planning to move as soon as we can, we would love to have a house and garden for lily to play in. But in reality the dream is great but very hard to make happen.
I guess for now we will have to keep breaking the rules and next time the sun is out I think a Picnic on that patch of grass is needed.

Would love to know what you think about the restrictions on children's fun? Have you spotted any silly restrictions in your area?

In the Best New Blog Category please
Posted by LilysLittleLearners at 12:15