Science For Kids - Does it Sink or Float 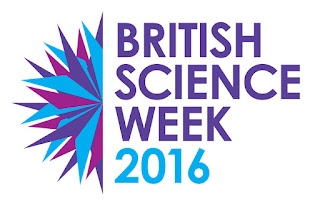 Science is a great fun subject for children to get involved in.  But is often thought for older children where experiments fizz pop or bang. With it being British Science Week I wanted to think of some activities that Lily could join in with.

The first activity I could think of was to do a water activity with sinking and floating. Although Lily wouldn't be able to understand the concept of the science that was happening, she would enjoy this little activity.

So we got some objects from around the room and a tub of water and decided to see what would sink, and what would float.

This is a great activity you can do at home and children around the age of 3 years plus would really love having a guess at what may sink and what may float.

Here are the objects we found around the house that was good to put into water. I found a mixture of objects that I though would have mixed results of sinking and floating.

Im going to tell you what I guessed each object would do, maybe you or your children could have a guess to? 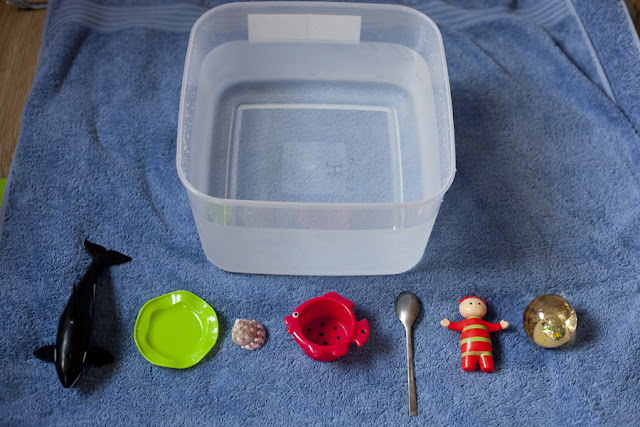 We used :-
A Rubber Toy Whale
A Plastic Plate
A Shell
A Plastic Fish Shaped Tub with Holes in it
A Metal Spoon
A Light Plastic Figure
A Heavy Rubber Ball

First up is the rubber whale. Lily is to young to guess if it will sink or float but my guess was that the whale was going to SINK. Its quite a heavy toy. Lily put the whale into the water. 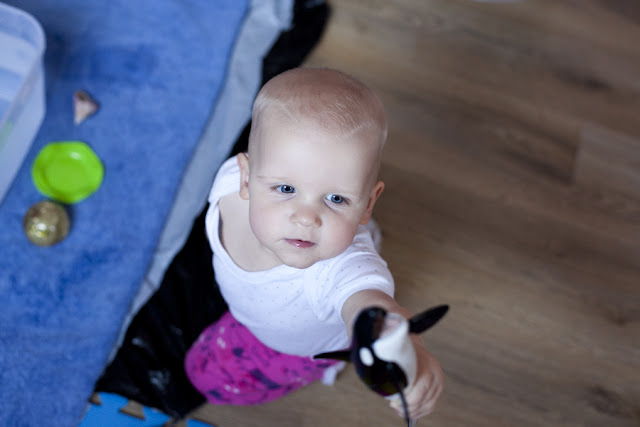 I was WRONG, the whale looked like it was about to silk and most of it went under the water but it actually FLOATED. 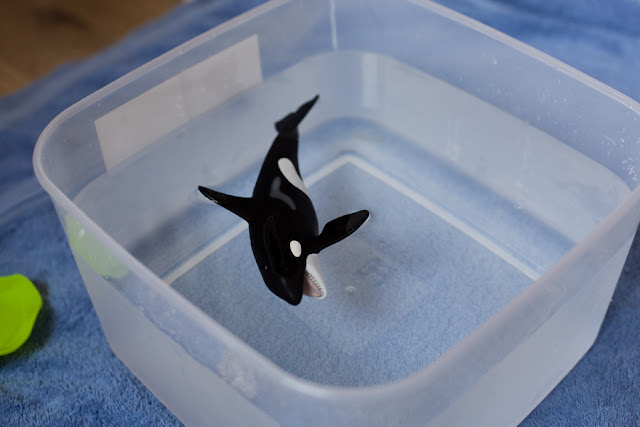 Next up is the plastic plate. Lily wasn't very interested in putting this one in the water so I did it for her. The plate is flat, and very light so my guess was that the plate will FLOAT. 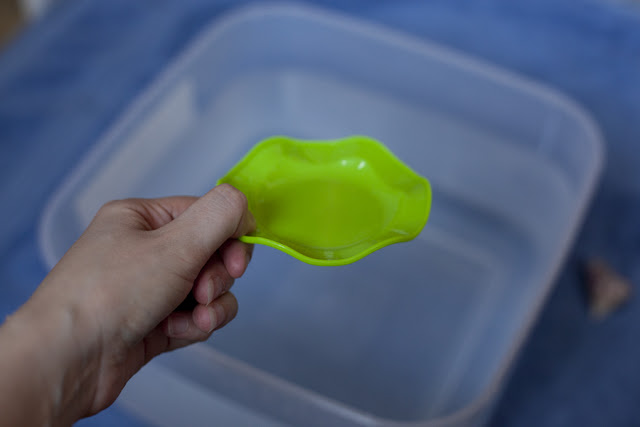 I was CORRECT, the plate had no problem and FLOATED on top of the water like a Lily Pad in a pond. 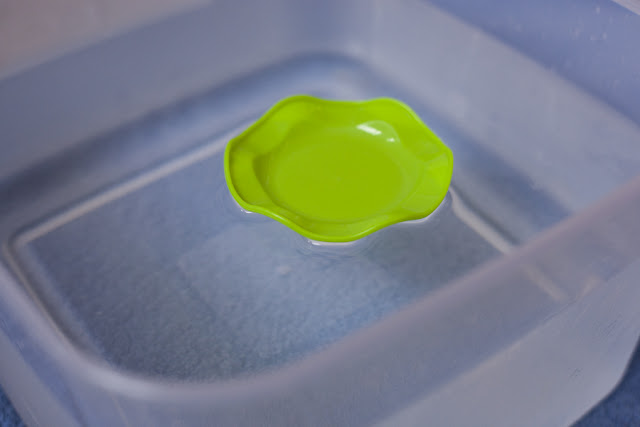 Next up is the shell. The shell is quite a solid material and this shell goes to a point at the end. My guess was that the shell would SINK. 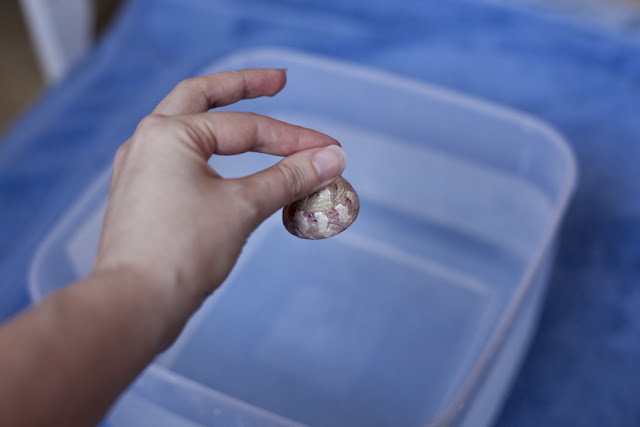 I was CORRECT, the shell SUNK straight to the bottom really quickly. 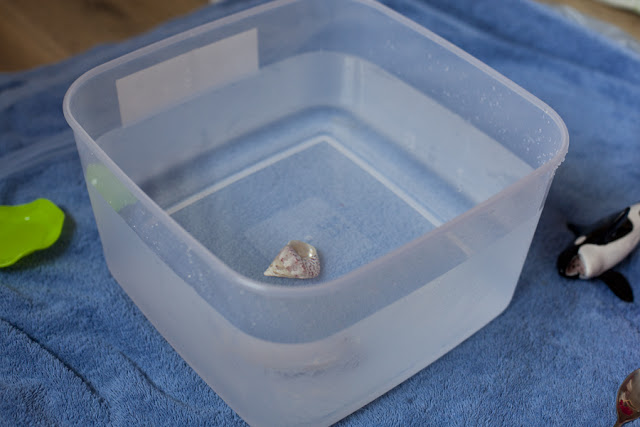 Next was the plastic fish dish with holes in it. It wasn't heavy so my guess was that it would partly SINK due to the holes and partly FLOAT due to how light it was. Lily placed it into the water. 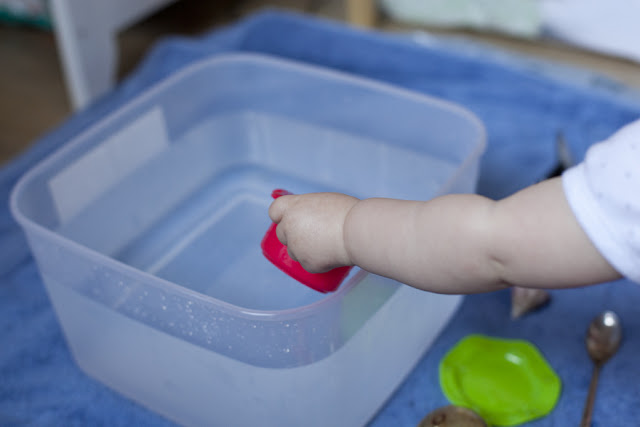 I was CORRECT, the dish filled up with water due to the holes, but FLOATED at the top of the tub. 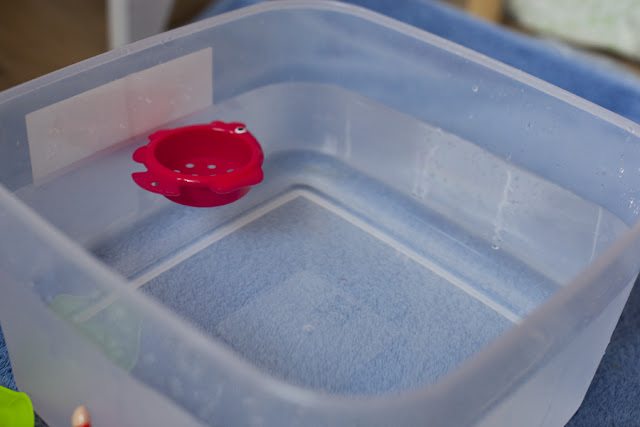 Next was the metal spoon. Due to how solid it is and heavy my guess was that it would SINK. Lily put the spoon in the water. 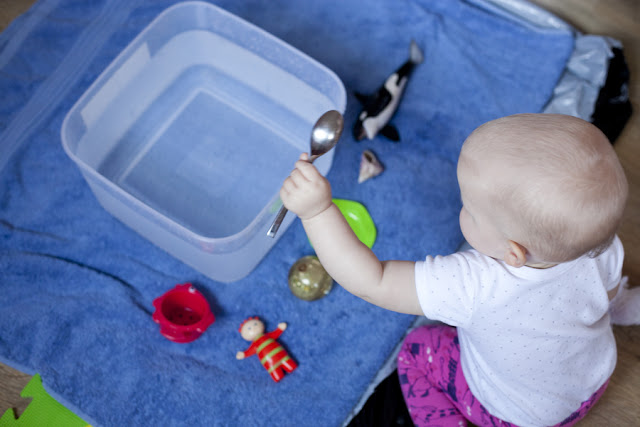 I was CORRECT the spoon SUNK right to the bottom with a splash as Lily dropped it in. 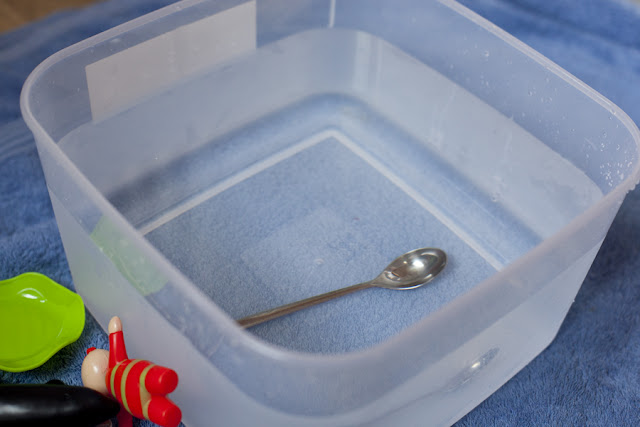 Next up is Toy Figure, it is really light and hollow on the inside. I was 100% sure that this would FLOAT. Lily threw the toy into the water. It didn't even cause a splash. 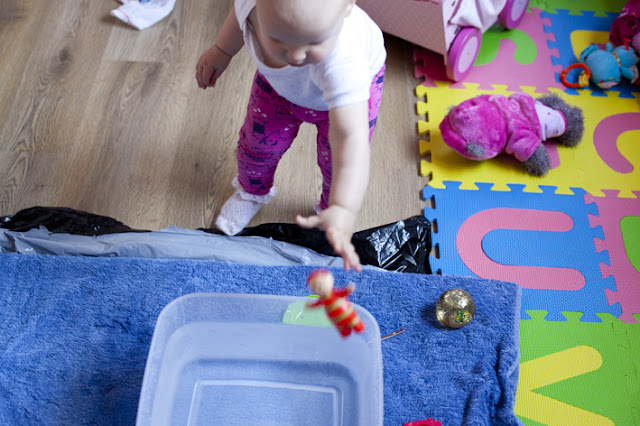 I was CORRECT, the toy FLOATED on top of the water. 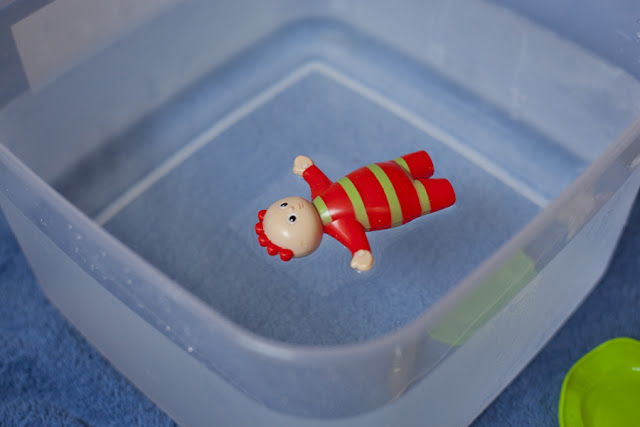 Last but not least is the rubber ball. Its quite heavy and full of water. My Guess was that it was going to SINK because of how heavy it was. Lily put the ball into the water. 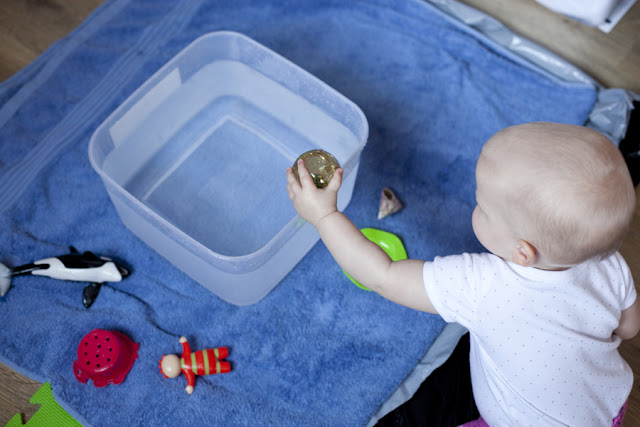 I was WRONG, the ball FLOATED and bobbed at the surface. Shows how much I know. Haha 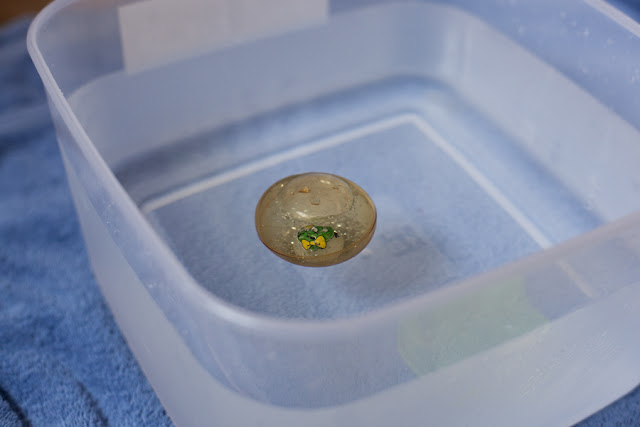 So I got 5 out of 7 correct. But it was really fun trying to guess.

If you joined in, How many did you or you child get right?

Posted by LilysLittleLearners at 09:41