Lily from 3 Months to 6 Months

This section will be tricky for me to write, I have so much to think back on and remember and so much to try and fit into a blog post.

3-6 Month
So 3 months to us, nothing really changes. But for a baby within 3 months they go from laying on there back not being able to do much, to sitting in this short space of time.

Lets think back to what she did first and that would be grasping toys, around 3 months she would be able to hold a rattle and move it around a little bit. She starts to take a lot more interest in things around her and she would quite happily lie there and talk to her toys. 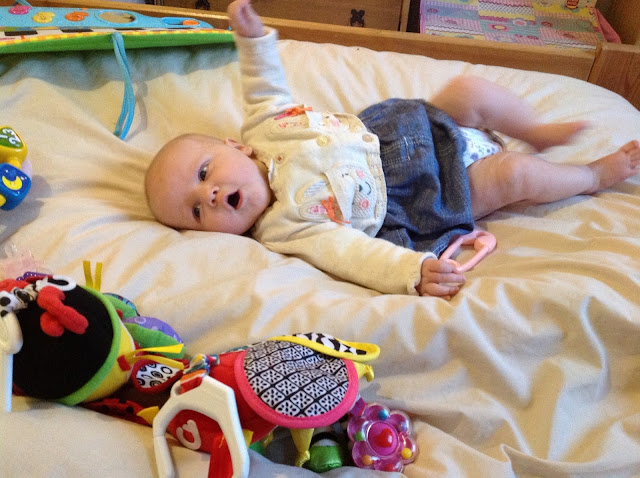 Lily always liked to try and sit up and so at 3 months we bought her a Bumbo seat. The Bumbo seat was very short lived and she wouldn't sit in it for long. But she did look very cute in it. 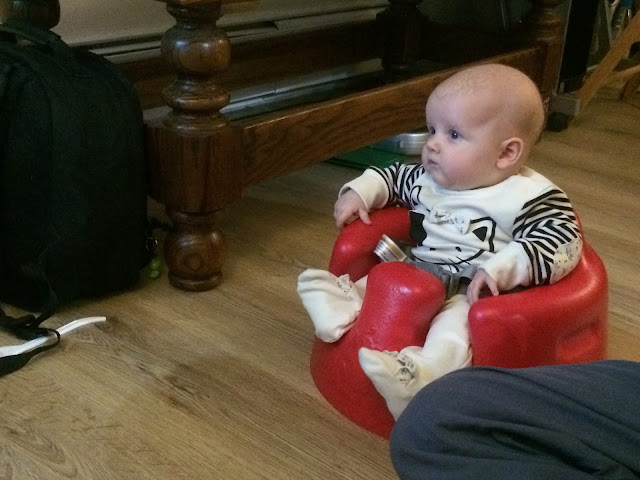 One thing that started around 3 months was cradle cap. Lily got it really bad and we tried all sorts to get rid of it. She had it for around 2 and a half months before it finally went.

At 4 months old Lily started to lift her head if I laid her on her front. She would have a really good wriggle on her belly like she wanted to go somewhere. I always thought Lily would be a early crawler and she would be off before I knew it. But I was wrong. 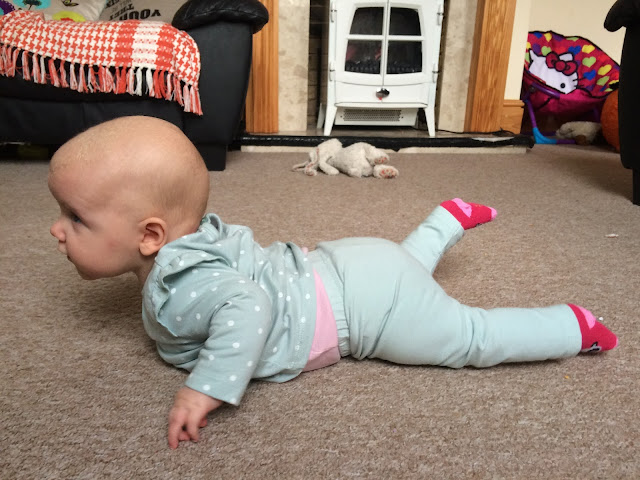 Lily also started to try to roll at this age, but it was more of a arch than a roll and she couldn't fully roll until 5 months.
One thing that we all remember about this age, is the giggles. When they first start to beam properly and let out a almighty chuckle at a game of peekaboo! Lily always found me banging something hilarious. For example I would bang on the Bumbo tray and she would would laugh so hard. I remember feeling so happy hearing them giggles for the first time. 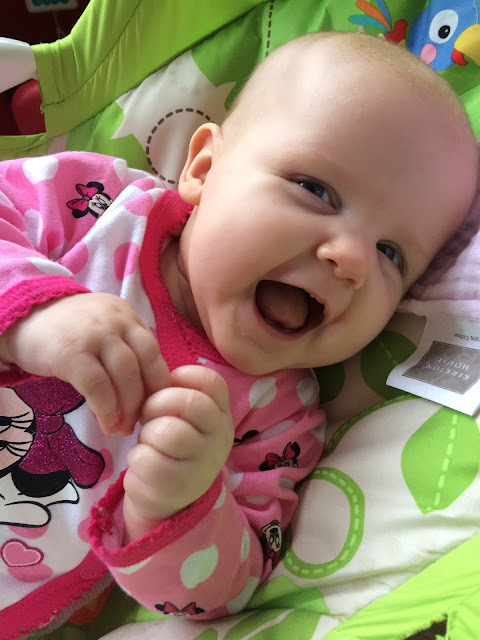 April came and Lily is now almost 5 months old. It was coming up to easter so I decide to make hand and footprints from paint to put into easter cards. I also kept 2 for myself and I have these kept safely in her baby box.
Now Lily starts to push herself up more with her arms. She did it in her crib more than anywhere else.
Lilys first Easter arrived. Lily was to young for easter eggs so I bought her a bunny teddy. This teddy ends up becoming Lily's most loved teddy that she sleeps with every night.

We spent Easter at Chris's mums house and lily really enjoyed spending time with her cousins. 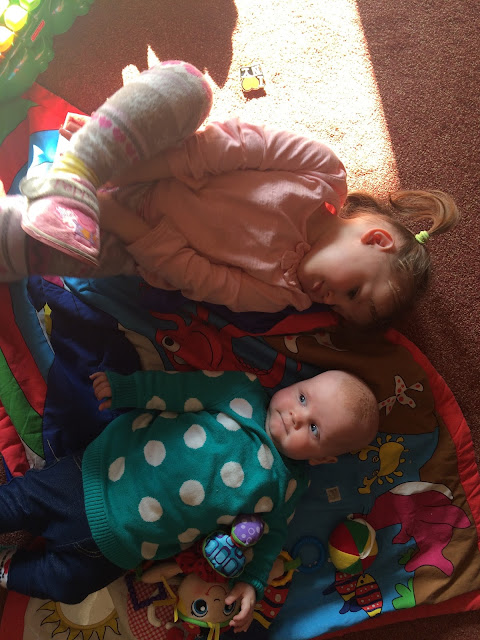 At exactly 5 months old Lily started to have her first taste of solids. We started her with carrots and then pureed fruit. Lily really enjoyed Pear and Apple. She took to eating really well and would try anything I offered her. 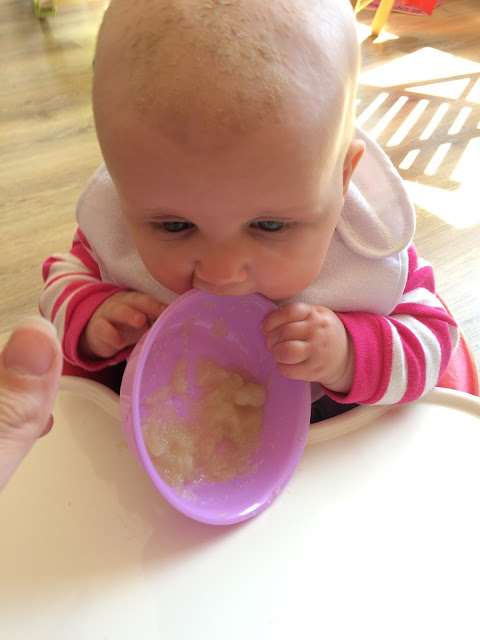 When Lily was 6 months old we went to visit my parents for the week. At the start of the week Lily was showing strength when she sat but she still needed me to hold her and support her. 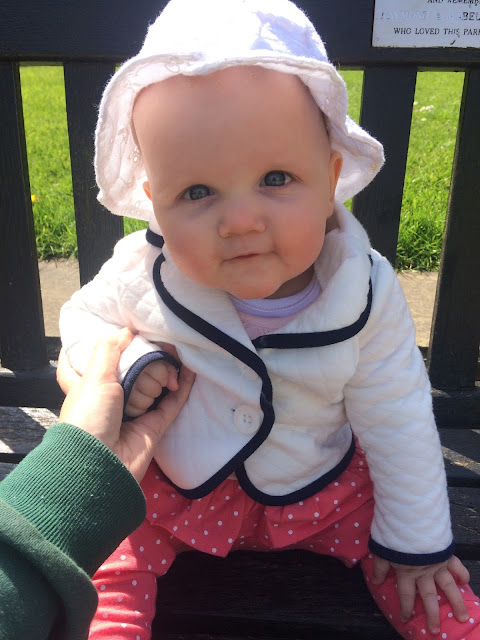 But just like that, out of know where by the end of the week, she was sitting on her own. Lily was really good at it and barely fell back. 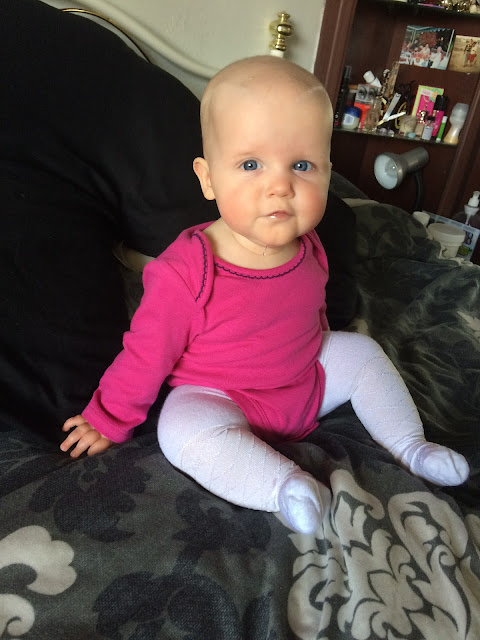 It was around this time Lily started to get her first teeth. You wouldn't have known as they didn't bother her at all.

So there we have 3-6 months. When you look at it all in a blog post its crazy to see the changes that happen in such a short period of time. Now for 7-12 months and I bet we will see a drastic change to.


Posted by LilysLittleLearners at 14:43